Kindly Supported by POLYGON COLLECTIVE and The Guernsey Press.

Award winning comedian Laura Lexx is to perform a GUERNSEY EXCLUSIVE Covid-safe solo show.
Only a very limited number of tickets are on sale this next 24 hours.

Drawing on her highly rated but Covid-cancelled 2020 show "Knee Jerk", Laura suggested we call this show her "Guernsey Knees Up (or something like that ...)"

"It's going to be less Edinburgh Show and more just a fun night of greatest hits... I need to let loose!"

Following critically-acclaimed runs of her shows 'Trying' and 'Knee Jerk', Laura won Best Performer in the Comedian’s Choice Awards at the 2018 and 2019 Edinburgh Fringe. She was also named in the Top 10 of Dave’s Funniest Joke of the Fringe in 2018 and Trying transferred to the Soho Theatre in London in 2019. In 2020 Laura was touring the UK with her show, Knee Jerk... then came Covid.

"A stand up star is born, Laura Lexx is a tour-de-force"
The Telegraph

"A joy - roars of laughter"
The Independent

Now she is back, with an exclusive show for Guernsey - one night only! 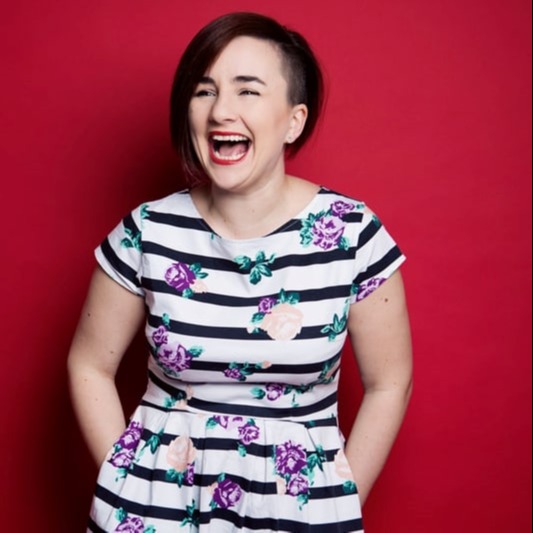