Just the Tonic's 4 Week Season Of Edfringe Previews
Before we head off for August and have about 180 shows a day during the month, we bring Nottingham a selection of some of the best shows going up to preview in our fine city.
Entry is for 2 x 1 hour shows with a little old break in the middle

In January 2020, Paul embarked on a national tour, his most ambitious show combining stand-up, music, hula-hooping and tales of romantic validation and neurological degeneration. As it turned out 2020 proved to be the wrong year to embark on a national tour. For everyone. Undeterred, Paul returns, with the difficult second post-diagnosis album. Expect jokes and surprises. Paul has a story to tell. And an absolute banger of a title. 'The stories are told with a constant light-touch wit... Parkinson’s hasn’t robbed him of his ability to do stand-up, it’s enhanced it' **** (Chortle.co.uk).

The new award-nominated show from the lively double act – Kieran and Tom bring you the most unimportant hour of your life. Nominated for Leicester Comedy Festival, Best New Show 2022 and Leicester Mercury Comedian of the Year 2020. 'Comedy's ones to watch for 2022' (Chortle.co.uk). 'They're stupid, daft, at times nonsensical. Funny yes, but daft as brushes. Just how I love my comedy. Thank the stars they went into stand-up and not health care.' (Johnny Vegas). 'It was mad but it was hilarious' (Tom Rosenthal). 'A really fab little sketch act' (Joe Lycett). 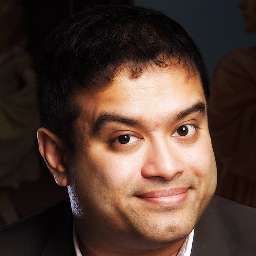