Anthony J Brown - "There is something commanding about his demeanour that draws you in. You find yourself totally unable to resist his dark" bone-dry humour. I promise you will not be disappointed" - BBCi 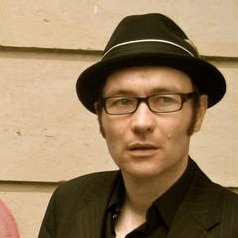