This series of shows as describerd by Daniel Kitson:

Over the next few months I’m going to be doing a variety of very low key, work in progress, stand up shows. A mixture of compering bills and some interminable rambles that I’ll undertake alone. Its all part of me trying to work out how to replace the Hob (a pub in south London) when at this very very early stage of developing new stand up comedy.

For the last five or six years, if not more, everything I have written, has started there. It was a very safe and slightly invisible environment where the majority of the audience understood the nature of the work I was doing. My friends Emma and Ron who ran it were astonishingly accommodating and it was minutes from my house.

But a plan is starting to take shape in my head and diary and part of it is this.

I’m going to be hosting and booking a run of Sunday evening shows in a small room in Nottingham They’ll be £8 each and run from 6-9 pm.

The room is the basement, beneath what was once Just The Tonic 15 years ago and the idea is that I’ll blather on, working out what I want to talk about and how I want to talk about it and introduce a couple of other acts at each night, who will spend twenty minutes or so doing whatever they fancy. 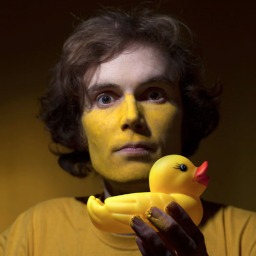