❤️ SATURDAY 16th FEBRUARY 2019 ❤️
The second of our Valentine Specials sees a truly amazing ★★★★★ night of comedy at SUB89. Making you laugh tonight are Sean Meo, Adam Bloom, Jamie Hutchinson, and regular compere Diane Spencer. So why not treat that significant other in your life to a right good laugh.

Grab a drink from the bar, sit back and relax, you will be entertained throughout the evening from start to finish. Once the comedy has ended your ticket then gets you into the after show party at the venue. You can pre-order all your food and drink with us before arriving via our box office or at the time of making your booking online, it's really easy to make sure your night is sorted before you even arrive at the door! Please note food is not available at this show.

*****    SCROLL DOWN FOR TICKETS    *****
⬇️⬇️⬇️⬇️⬇️⬇️⬇️⬇️⬇️⬇️⬇️⬇️⬇️⬇️
⭐️
ADAM BLOOM
★★★★★ "His mission is to convince you that he's the greatest comic ever and he makes a surprisingly good case" - The Scotsman
★★★★★ "Bloom is perhaps the perfect comedian" - The List
★★★★ "A light-speed wit, focussed over years at the pinnacle of stand-up" Steve Bennet, Chortle.co.uk
⭐️
SEAN MEO
"He can turn out intelligent material with a speed that many other comics can only gasp at” Time Out
“Slick, confident patter...can win over the most committed hecklers” ES Magazine
“Truly hilarious” The Scotsman
⭐️
JAMIE HUTCHINSON
Manchester Comedian of the Year Jamie Hutchinson is one of the fastest rising stars on the circuit. His commanding stage presence and sharp tongue make him a regular at major clubs throughout the country.
⭐️
DIANE SPENCER (Compere)
★★★★★ “Her wacky and irreverent storytelling will charm, shock and uplift you. Not for the fainthearted, but also not to be missed.” ThreeWeeks
★★★★★ “Between her theatrical facial expressions, on-point character roles and enthralling story-telling ability, Spencer mesmerises the crowd.” Edinburgh Festivals Magazine
★★★★★ “She is a flame-haired, filth-firing force of nature, tossing the audience from open-mouthed incredulity to tear-filled guffaws.” Sunday Express
➡️ SUB89
➡️ 110-117 Friar Street
➡️ Reading
➡️ RG1 1EP
Doors open: 6:45pm, Show: 8:00pm 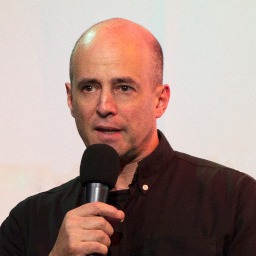